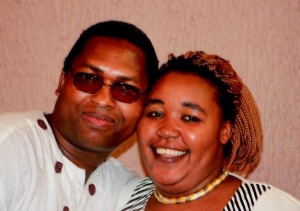 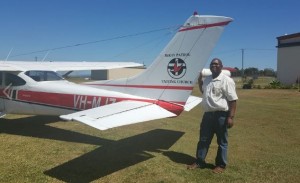 Rev Johnson at the tail of VH-MJZ,
the McKay Patrol aircraft.

Reverend Johnson Makoti, his wife Bridgetta, and their family, are originally from Zimbabwe. Before coming to Atherton they also ministered for a number of years in England. Reverend Johnson began his placement at the Atherton Uniting Church early in 2015, and since then has continued to input into the life of our congregation.

THE INDUCTION OF REV. JOHNSON MAKOTI: 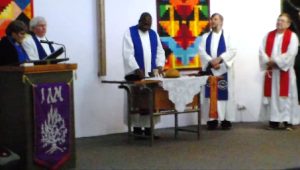 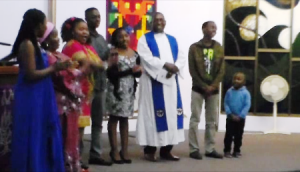 Rev Johnson sees his priority as reaching out, not only to people of faith, but also to the wider community, and always with the goal of bringing messages of faith, hope and love.  While Reverend Johnson is the ordained minister, our congregation also believes that all members are called to minister (1 Peter 2:9).  God has given gifts to all, and therefore all are called to use those gifts in some form of ministry.